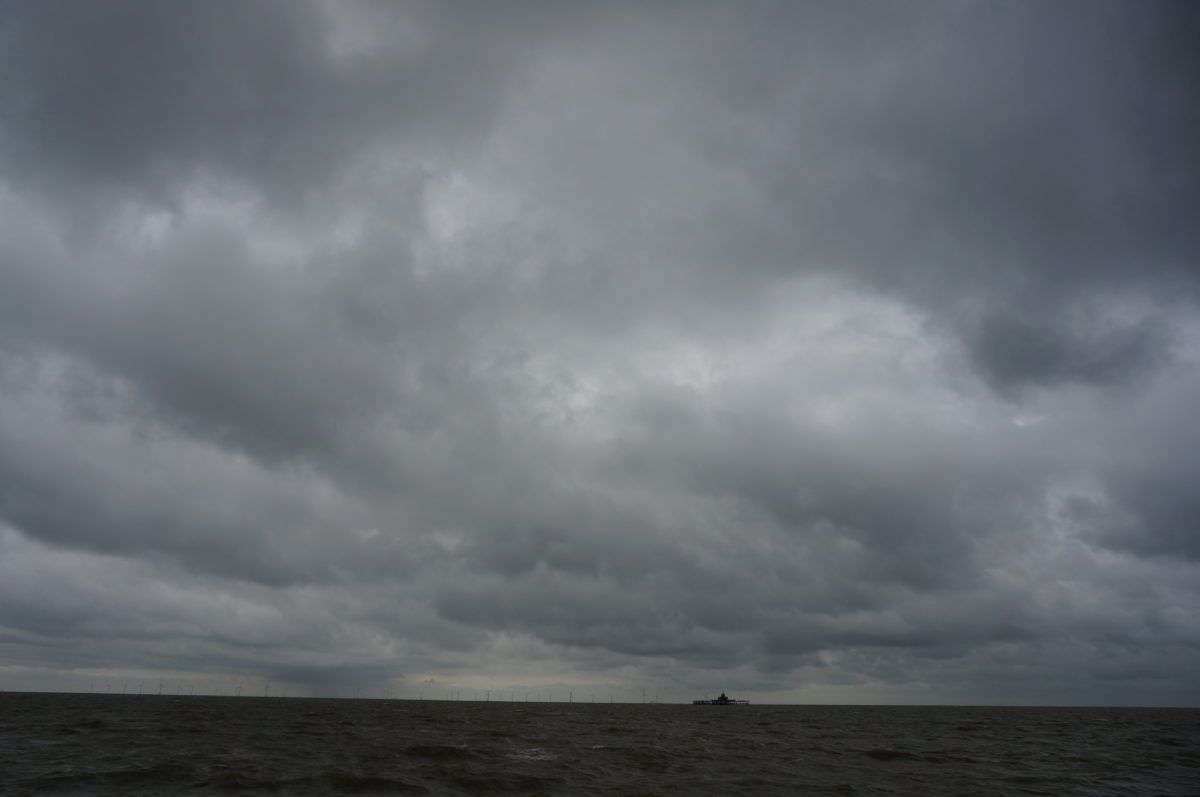 Herne Bay, about 0830, overcast with a fresh breeze from the North. Cool. Frontal weather returns to the North Sea after a sunny spell. Here low stratus scuds past just above, a shower is out at sea with some brighter patches and a hint of deeper convective cloud development. Perhaps this is a cold front clearance in progress. 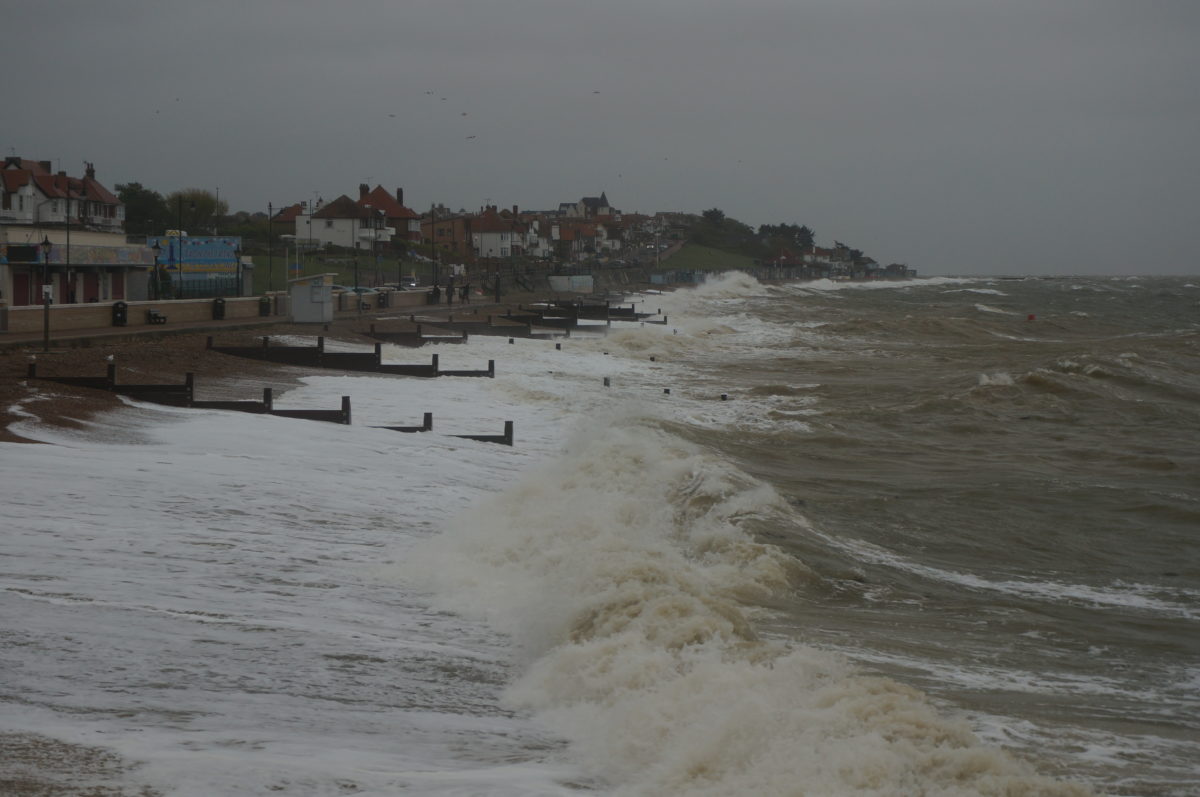 Herne Bay, cold gale force winds blow straight of the North Sea and pound the beach.  Overcast conditions with rain bearing strato-form cloud.  Satellite image shows the cold front extending across the North Sea.  We can’t see the full vertical extent of the cloud on the surface but the rain tells as that it must be a deep layer, hence Nimbostratus.

Earlier in the morning we could see the medium and upper level cloud heralding the advancing front. 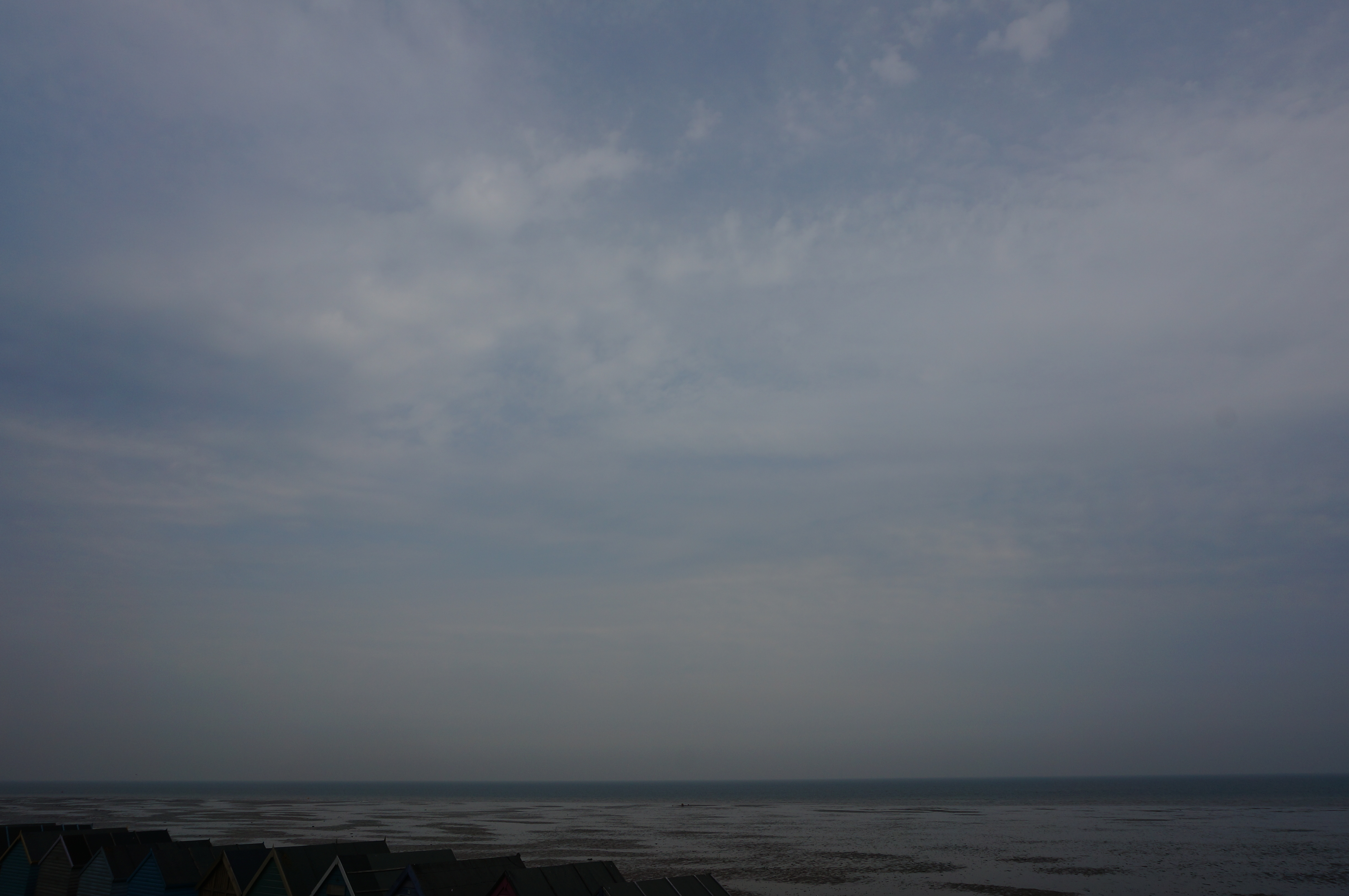 High pressure remains the dominant pressure pattern.  The strength of the winds is surprising given the spacing of the isobars.  This is an example of anticyclonic curvature where for strong curvature around a high, the wind is greater than would be expected by measuring the isobaric spacing.  Cyclonic curvature also exists, the wind around a depression is less than would be expected from the isobaric spacing. 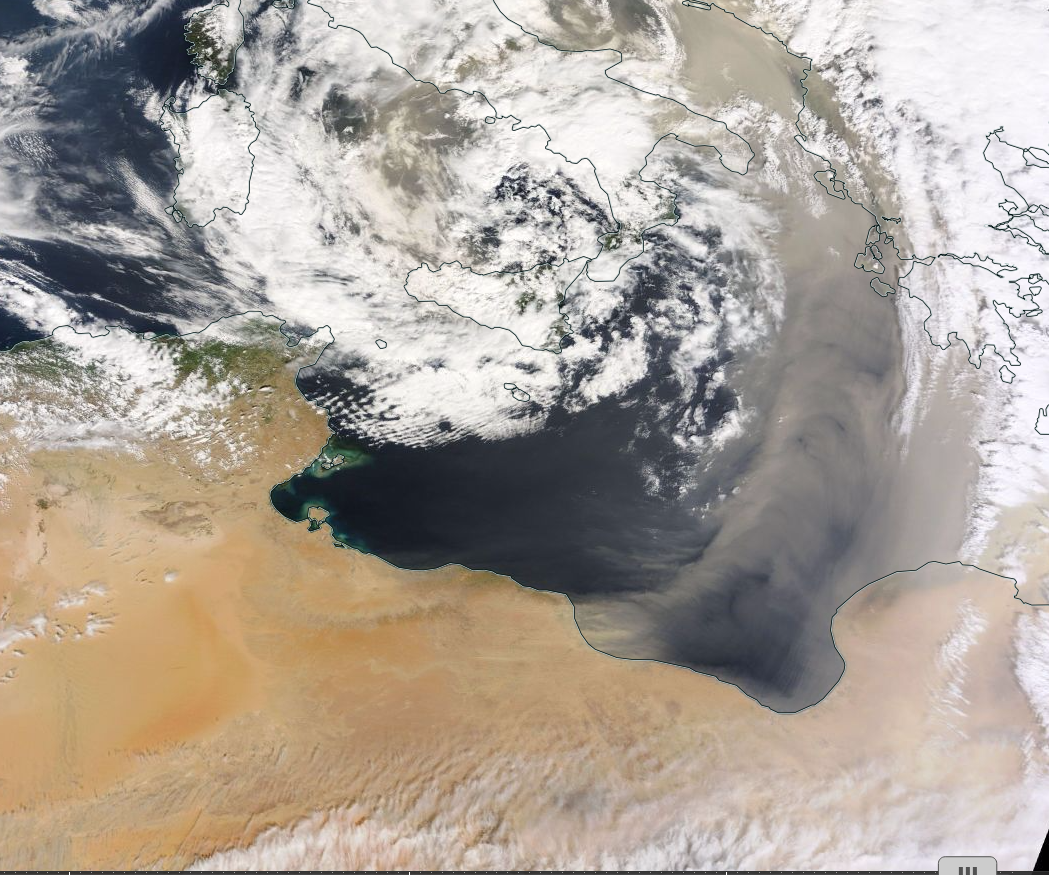 Cold fronts are normally identifiable from their cloud signature on satellite imagery.  Of course, air mass boundaries can exist without condensation: density changes and air flows can exist without clouds particularly in dry and hot air.  Summer front can cross the UK with just low strato-cumulus.  In the Mediterranean, cloudless density boundaries one day give potential for fierce thunderstorms the next.

The 23 Mar 2016 was a case in point.  Over the Eastern Mediterranean we note a conveyor belt of air dragging sand northwards from the African deserts.  No clouds but a cold front none the less.