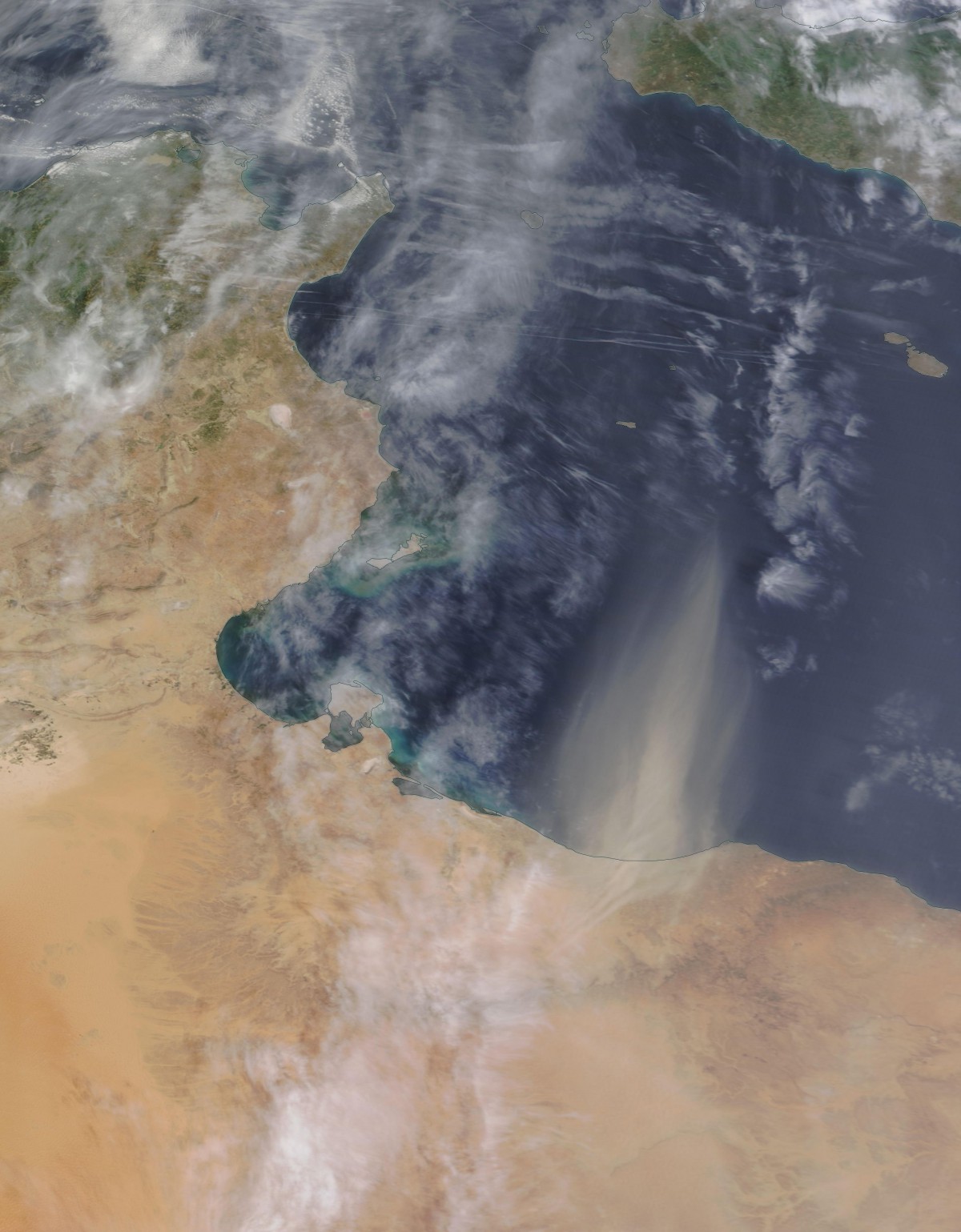 The 18th of April 2016 sees a minor dust plume event over the Mediterranean near Tripoli.  The satellite picture from NASA’s EOSDIS is beautiful and shows quite a lot going on here.

In fact a depression is forming in the Gulf of Gabes (Tunisia) and it is this weather system that is driving the wind here.  As a small scale feature it is not well represented by internet available NWP and is very much on the edge of UKMO Atlantic analysis.  No low pressure is registered here until 20/4/16.

The dust wind on this picture would seem to indicate that this is a significant event in the location though.