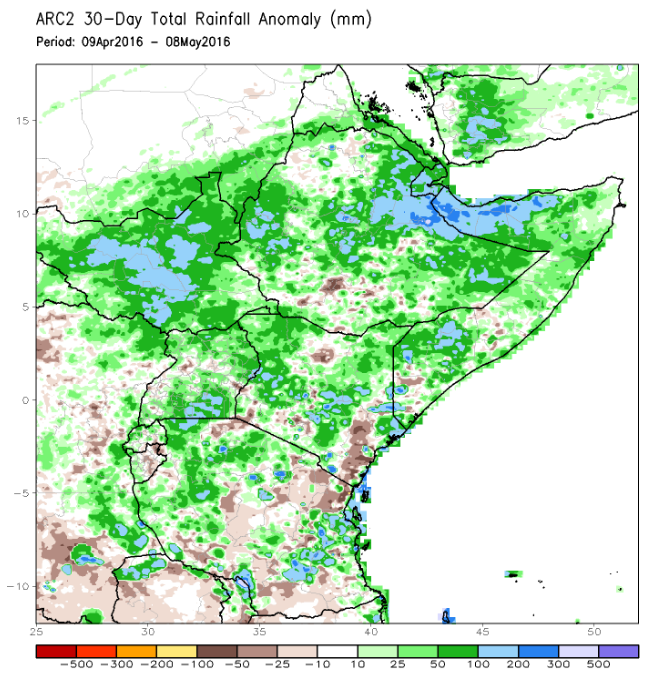 News reports communicate that heavy rain, flooding and landslides have taken lives and destroyed infrastructure in East Africa over the last month or so.  Some point the finger at El Nino as being the culprit.

Latest guidance from NOAA NCEP is that El Nino is present and is weakening.