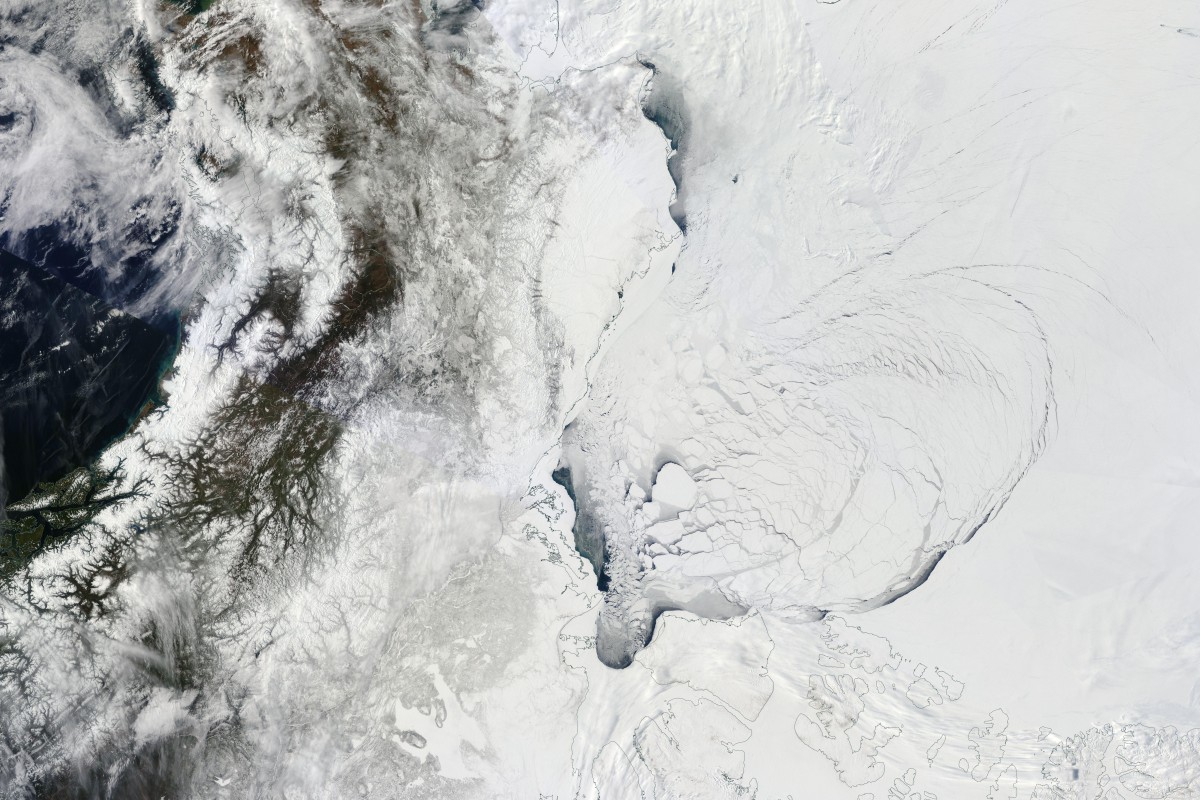 This Reuters release caught my eye.  One economic benefit of climate change is the possibility of cheaper shipping routes between China and the Atlantic.  It is, perhaps, a small positive in an impending global disaster.

There are some problems though.  The Canadian section is claimed as ‘Internal Waters’ and the map shows why.

Sea ice still extends over these waters in winter but the National Snow and Ice Data Centre reports on 28 Mar 16, that ‘The Arctic sets yet another record low maximum extent” … of sea ice.  So this story will be a theme in Geopolitics in the future.

EOSDIS sourced imagery for 20 Apr 16 shows the area north of Alaska to be fast with sea ice at the moment, so no shipping possibilities on this route at the moment.  (Polar view, so north is towards the top right hand corner.)

The same area, without sea ice overlay gives an impressive view of the ice flows even if the perspective of the polar regions makes a good featured image to this blog.